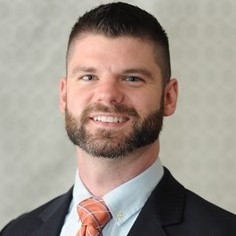 “Genuine heartfelt relationships–whether friendships or work relationships–are the most valuable components of one’s life. Never stop connecting with others, and do it from a place of curiosity, humility, and empathy.” -James Michael Hughes, ’11

My name is James Michael Hughes, and I graduated in 2011 with a degree in Biomedical Engineering and Psychology. I’m proud to say I was one of the founding brothers of Delta Lambda Phi, a national fraternity for gay, bi, trans, and progressive men that still exists at Rutgers today. Towards the end of my Rutgers career, I spent an entire weekend with my fraternity “neophytes” as we fulfilled the final milestones to cross our chapter into full-fledged brotherhood. This was a two-year process that began with me reaching out to as many men as I could across the Rutgers campus, and ended with me forming lifelong memories with some of my closest friends to this day.

During my time at Rutgers, Tyler Clementi completed suicide. I did not know Tyler personally, but the gravity of his death touched the Rutgers LGBTQIA+ population in many different ways. Such an awful tragedy really put the typical struggles of a college student into perspective. It was difficult to adjust to the world with his death hitting so close to home, but his legacy did live on with many of us making our voices louder, and demanding even more acknowledgement of LGBTQIA+ bullying.

After leaving Rutgers I spent two years at Vanderbilt University acquiring my Masters Degree in the Learning Sciences, studying how students form and retain knowledge. This ultimately drove me to want a career where I could help coach professionals and organizations towards sustainable change. I found a career within the healthcare sector as a hospital consultant and I am currently employed by GE Healthcare doing such work.