The Rainbow Graduation Celebration honors the achievements of Rutgers lesbian, gay, bisexual, transgender, queer, intersex, and asexual (LGBTQIA+) identified undergraduate and graduate students. The event acknowledges the challenges and triumphs experienced in their careers here at Rutgers University. We use this occasion to honor students who have continued our traditions of pride and activism. The celebration is a complement to a traditional graduation ceremony such as University Commencement or other celebrations hosted by academic departments.

Registrants will receive a Rainbow Graduation certificate as well as a rainbow graduation tassel (limited supply only).

The award nomination form is now closed. Awardees will be recognized here on May 20th, 2020. 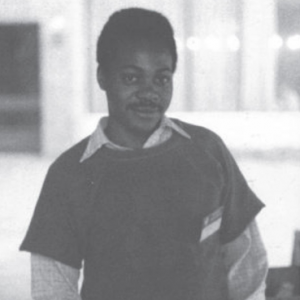 The Lionel Cuffie Award for Activism and Excellence will be given to a graduating senior who identifies as lesbian, gay, bisexual, transgender, queer, intersex, asexual or queer spectrum (LGBTQIA+) and has contributed substantially to growing and supporting the LGBTQIA+ community during their Rutgers tenure. The awardee will receive an award and a gift of $500.

Lionel Cuffie was a fearless leader and co-founder of the first LGBTQIA student organization on campus in 1969, the Student Homophile League. This group was the 2nd college campus-based student organization in the country, and faced a harsh campus climate when they first formed. Lionel Cuffie, defined SHL as group which posited that “…bigotry and emotional prejudice against homosexuals is unjust” – a progressive sentiment at the time. Cuffie, an African American activist, became the group’s first chairman and most visible presence in campus politics over the next two years The organization founded as the “Student Homophile League” survived through decades of campus evolution, and is now known as the Queer Student Alliance (QSA). Lionel Cuffie’s legacy lives on through this organization, and we mark his story through our annual award honoring student leaders and activists. Learn more about Lionel Cuffie. 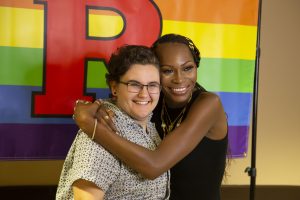 In February of 1988, the former President of Rutgers University, Edward J. Bloustein, created the President’s Select Committee for Lesbian-Gay Concerns whose mission it was to address the issues of LGBTQIA+ students as well as University faculty members. In the spring of 1988, the Select Committee for Lesbian and Gay Concerns assembled and presented specific courses of action the university could take to seriously mitigate the injustices directed towards the LGBTQIA+ community on campus. This group recommended the creation of a center, and SJE was established in 1992 under the direction of Dr. Cheryl Clarke. Dr. Clarke morphed the committee into a taskforce, and the group continued to advocate for social change well into the late 1990’s. In the spirit of the taskforce, we recognize our LGBTQIA+ student leaders who have made exceptional impact on our communities. 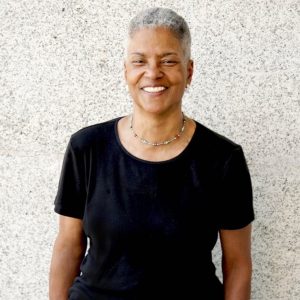 In 1992, the Center for Social Justice Education & LGBT Communities was founded under the direction of Dr. Cheryl Clarke. The office was designed to monitor the implementation of policies aimed at creating an environment free of fear, violence, or harassment. Dr. Clarke oversaw the creation of the Bias Prevention and Education committee, disability services, and played a leadership role on the newly formed Committee to Advance our Common Purposes. Dr. Clarke also continued advising LGBTQIA student organizations in their programming efforts.

Further, Dr. Clarke established an LGBT Faculty/Staff Liaison program which allows trained faculty/staff members on the New Brunswick campus to serve as dedicated resources for LGBT students in their respective areas. Dr. Clarke served as director of the office until 2009, when she was elevated to Dean of Students for Livingston Campus. Dr. Clarke retired from Rutgers in 2013.

Today we honor Cheryl Clarke’s legacy with an award in her name which is granted to a faculty or staff member who has advocated for the LGBTQA community within their roles on campus. 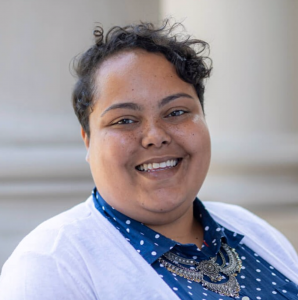 Zaneta Rago-Craft was hired by the Center for Social Justice Education & LGBT Communities in 2012 as Assistant Director. Zaneta’s leadership brought the creation of our first thematic program series dedicated to trans experiences (Trans Visibility & Empowerment Week) and our first ever LGBTQIA+ Welcome Week. After being elevated to Director in 2014, her advocacy supported the creation of gender-inclusive housing options on campus, the implementation of a preferred name system, and improvements to trans-affirming healthcare on campus. Under Dr. Rago-Craft’s leadership, was repeatedly recognized as being among the top 30 most LGBT-friendly campuses by Campus Pride.

The Dr. Zaneta Rago-Craft award will be granted to outstanding members of our community who offer exceptional leadership, campus involvement and commitment to campus change.

We wanted to invite you to share your memories with us—virtually! We will share your memories and reflections on this website and our social media channels (@RUSJELGBT) on May 20. Submit images, videos, or words. Watch the above tutorials for video inspiration. Learn more about submitting!

Learn more about Rutgers LGBTQIA+ history and alumni. In February of 1988, the former President of Rutgers University, Edward J. Bloustein, created the President’s Select Committee for Lesbian-Gay Concerns which addressed the issues of gay and lesbian students as well as University faculty/staff members. In 1988, the Select Committee for Lesbian and Gay Concerns assembled and presented specific courses of action the university could take to seriously mitigate the injustices directed towards LGBT people on campus. Learn more about the 25 notable Rutgers LGBTQIA+ Alumni 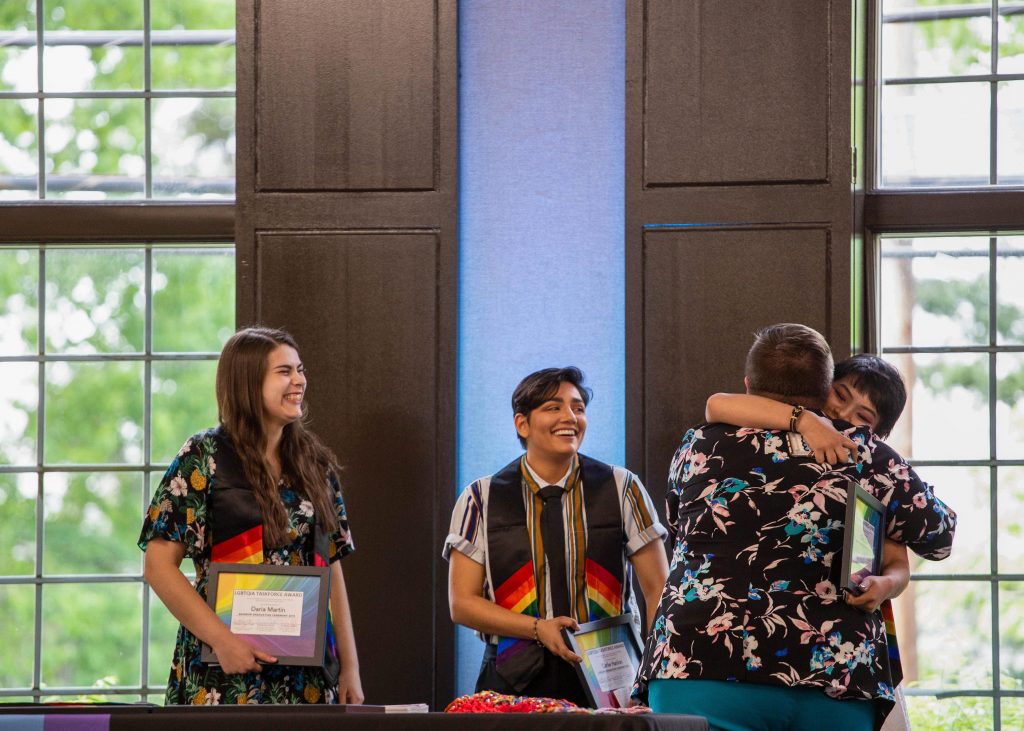 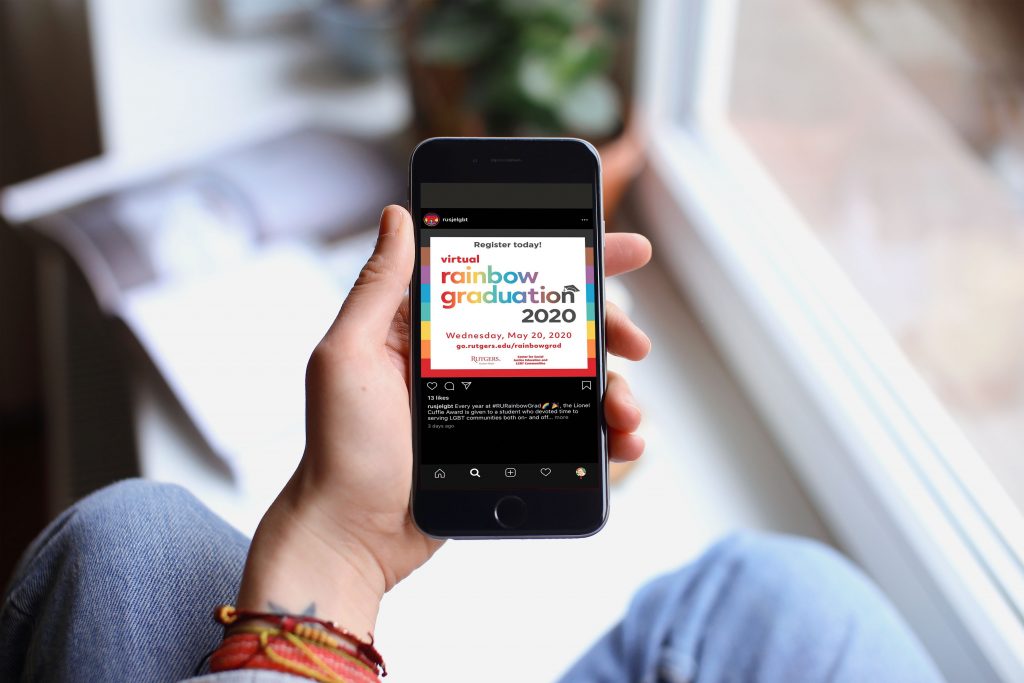 Please consider taking part in our social media activities for chances to win a prize throughout the day. Post on your Twitter or Instagram channel and tag @RUSJELGBT and use #RURainbowGrad for a chance to be randomly selected for a prize for every activity. If you are selected, we will notify you via social media direct message.