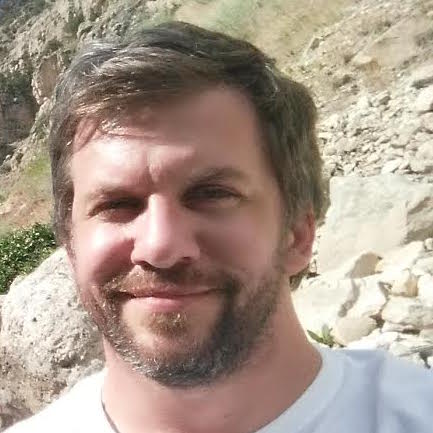 My name is Dan Renzi (he/him), and I graduated from Cook College in 1997 with a degree in International Environmental Studies. Going to the weekly BiGLARU meetings was the highlight of my week while I was at Rutgers. Besides giving me an excuse to take the bus from Cook College over to the College Ave campus, BiGLARU meetings were my chance to see my friends and be part of something bigger than just going to class. At BiGLARU we weren’t just working on achieving “tolerance” or “acceptance” for the LGBT community at Rutgers. I didn’t want people to just “tolerate” or “accept” me. I moved out of Kansas and landed at Rutgers because I wanted to be around people who thought queer people made society better. Because we do!

It was an exciting time to be at Rutgers– activism had energized the air on campus, after the university president made some comments about racial inequality that either (he claimed) were accidentally expressed really poorly, or (the general consensus believed) were just racist, and it led to students staging protests all over New Brunswick. So being an out student had an extra edge of energy. And there was a lot of good stuff going on–the Gay Games were held in New York at the time, and BiGLARU organized a trip to the AIDS Dance-a-Thon at the Javits Center where we saw Queen Latifah and we danced all night, and we had countless events all over campus. I particularly enjoyed the LGBT film festival, which I helped plan one year. Even just wandering around Demarest Hall was exciting, where I would see rainbow flags and pink triangles on dorm room doors. I couldn’t imagine doing that. I thought it was all so subversive and fun, and it was a big change from how my life had been in Kansas. I finally worked up the nerve to buy some rainbow beads and I wore them around campus like they were made of diamonds. And when I took the bus back to Cook Campus, I would get a few strange looks from the more conservative students, but it didn’t happen often. Honestly, I got more strange looks because I would go into the women’s bathroom in the dorm and turn it into “Dan’s Bathroom of Beauty” and do facial masks with the wonderful women on my floor. We had so much fun. I miss those women. The support system I had among my friends made being openly gay really easy. I wish that support system had been available to Tyler Clementi.

Although the students at Rutgers were fantastic, I did not understand what the university faculty was doing to promote the welfare of our community, other than giving money to BiGLARU, and that was great but we were very much on our own. I attended weekly meetings; I helped organize political events; I spoke with campus police when students were subjected to bias incidents and helped to file the necessary reports; I made phone calls for students who needed to find housing when their roommates objected to living with an openly LGBT person. All those times, I never had help from any faculty. And I was aware that it probably shouldn’t have been me, a student, who was taking care of all of these issues, especially at a university that proclaimed its commitment to multiculturalism. We just took care of business. I learned that there is a difference between lip service vs. action, and although I have always been good at standing up for myself and speaking my mind, at Rutgers I learned that you also have to stick up for your tribe. And I will always get a very happy feeling whenever I remember the day I yelled at that campus police officer who didn’t care that my friend was being bullied and harassed for being openly gay.

During my senior year, I wanted to take a break before completing my final semester and starting on the grad school path. I looked around for something fun to do, and on a whim, I made an application video to be on “The Real World” on MTV. For my video, I had a friend follow me around with a video camera while I was at work one night–I was a manager at the Cook Student Center that year–and we stole some Swedish Fish from the candy counter and ate them while I told funny stories about my life at Rutgers. 40,000 people applied to be on “The Real World” that year, but somehow my video caught the eye of the MTV casting director, and they picked me for the show. This was long before “Will & Grace,” before Ellen came out publicly…when I went on “The Real World,” I was basically the only openly gay character on TV.

I vividly remember that day when I got the phone call that I was in the cast. I sprinted all the way across Douglass/Cook Campus and barged into Dean Schneider’s office, and Dean Schneider knew me well because I was the only Cook College student from Kansas, and when I told him the news, he helped me withdraw from my final semester of classes. A week later, I moved to Miami to film the show, and from there I moved to Milan and started traveling around Europe and the U.S. while working as a model. I did return to Rutgers and finished my final semester, but the day after graduation I moved to NYC to continue working, so my plans for going to grad school never happened.

I then filmed 3 more seasons with MTV–their “Real World/Road Rules Challenges,” and at that time the show was really popular, so “Real World” cast members were often brought to make public appearances at college campuses. I created a series of speeches about LGBT Awareness (again, remember, there was no QIA+ back then!), and I spoke on campuses during National Coming Out Day and Campus Pride events. I also became a licensed HIV/STD prevention counselor and gave lectures on sexual health and AIDS education, which is a topic that I don’t think gets enough attention these days. After several years of traveling the country from campus to campus, I gave over 200 lectures about LGBT issues and HIV/AIDS education. I look back at my time on MTV as just something fun to do, but I am very proud of the work I did with the lectures I gave to students. I even spoke at Rutgers once.

I’m a nurse now. I became a nurse to go on medical mission trips to underdeveloped countries. So far, I have been on two mission trips and I am currently planning my third. If I could make a career out of living somewhere, teaching local nurses how to care for people in their villages, I would drop everything I have now and do it for the rest of my life. 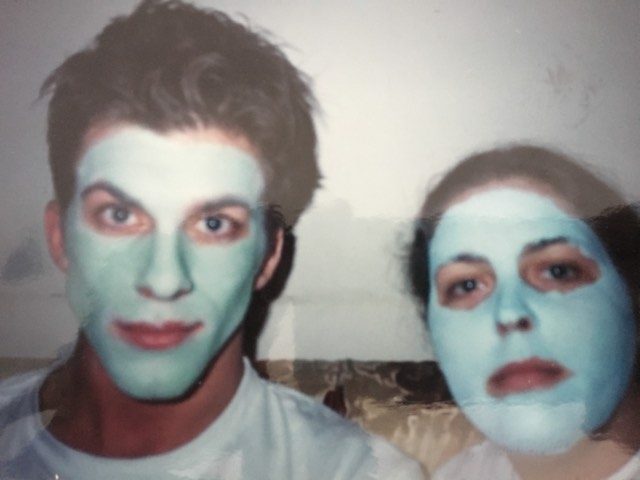 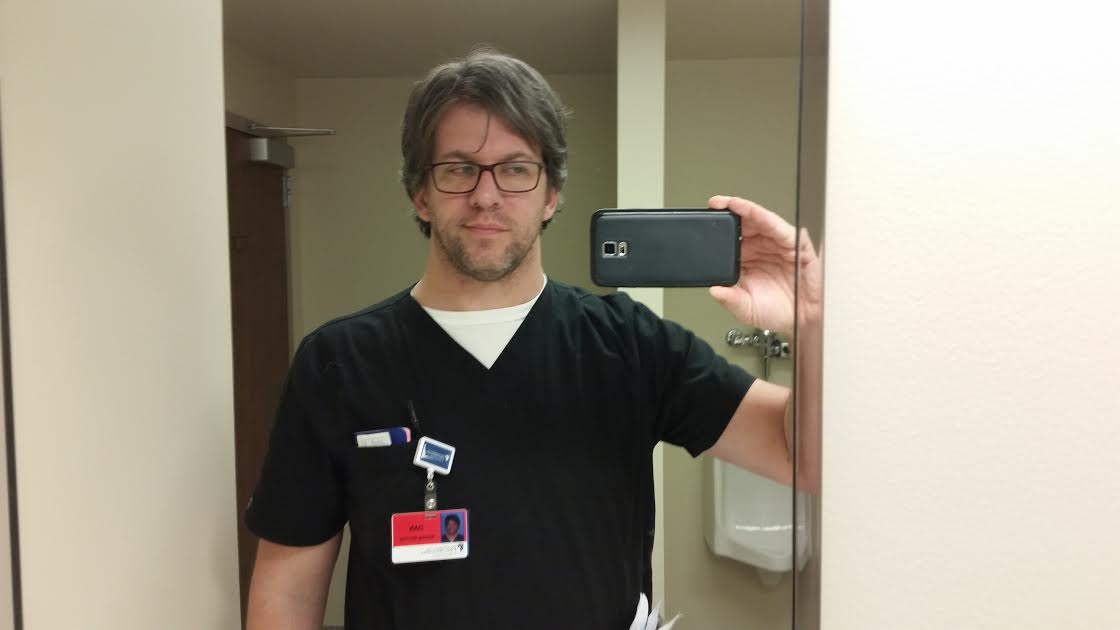 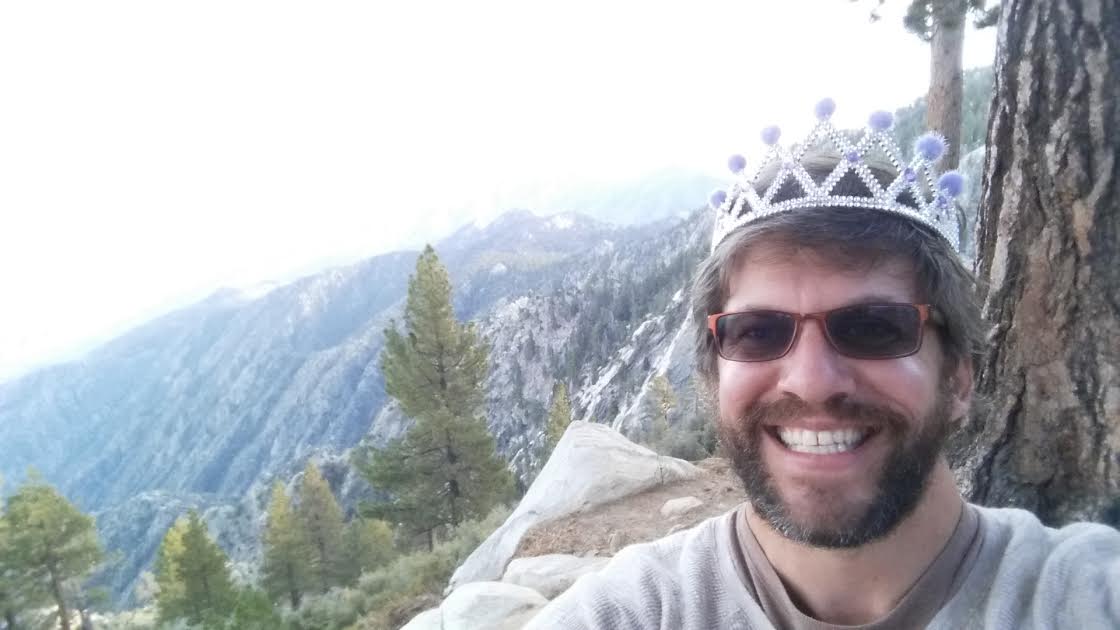