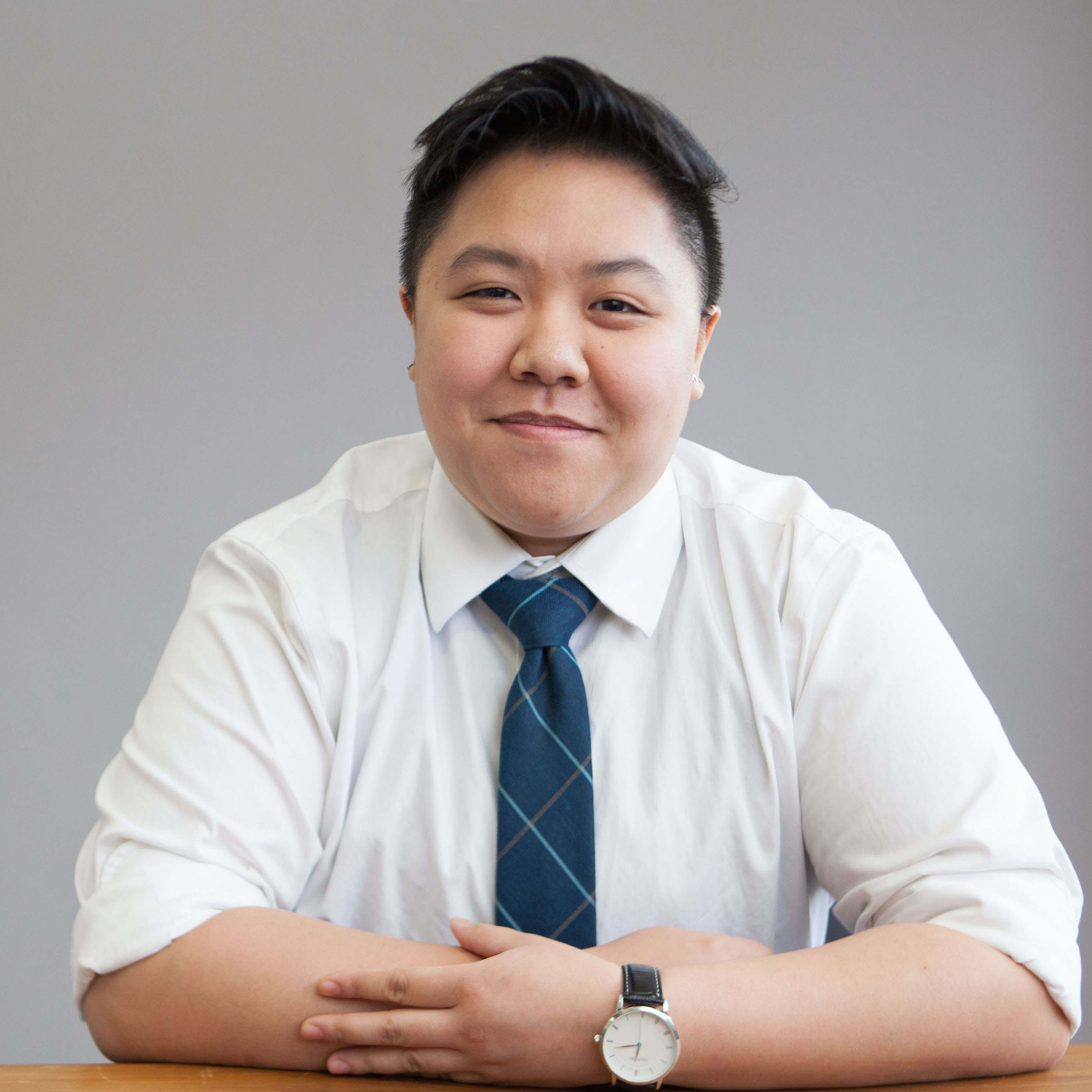 “I oftentimes stress the importance of finding empathy within the self towards other people, but I think a friend of mine a while back gave me something to mull over for a bit. I would say that courage to take the time to face yourself is powerful beyond measure. Having the courage to acknowledge honestly what self-care looks like for yourself, the courage to say yes to new things (but also no to too many new things), and courage to share a piece of yourself is a way to bridge and empathize with others who give you just as much energy as you give them. And most importantly, do not fear to ask for help.” – Anna Phung, ’14

My name is Anna Phung (they/them) and I graduated from the Rutgers School of Arts and Sciences in 2014, with a B.A. in Sociology. I’m definitely proud of the formation of Q&A (Queer and Asian) during my time at Rutgers. Before Q&A, I had a hard time navigating different organizations and groups because of how intimidating I found them to be. I wanted a space that was brave enough to allow people to feel comfortable in exploring their identity without judgment and to find community when it often times could feel isolating. I think I wanted to see someone else and think, “we go through similar experiences,” without having to necessarily explain why it was tough, but to know that we understood each other at that moment. I think it was a means to not feel alone, and by the end of my time with Q&A, I’m glad to say that I didn’t! In reflecting, I’m happy that it worked for me and I hope that while the need is there, Q&A can be that space for Rutgers students to come.

I often get the full credit of founding Q&A, but I couldn’t have done it without a collective effort from many people. The support from those who worked at the Asian American Cultural Center (AACC) and Center for Social Justice Education and LGBT Communities (SJE), but especially from the presence of queer and Asian voices before me at Rutgers made Q&A a possibility. At that time, being queer and coming out wasn’t as normalized or common as I perceive it to be now. Nevertheless, the queer and Asian members persisted and were resilient in their work in creating spaces on campus to talk about these intersecting identities. If it weren’t for them, I don’t believe Q&A would have existed. I’m extremely proud to see how Q&A has grown during and beyond my time at Rutgers!

I had a few challenges during my time at Rutgers, but now that I think back, I don’t think I gave myself enough credit when it came to the small battles that became victories during my time at the university. I had a lot of internalized messages that I often pushed aside to save face. I think being a questioning queer, Asian, and first-generation college student with a working-class background was really tough for me to grasp. But one of the small battles that I remembered was just trying to go into the Center for Social Justice Education and LGBT Communities for the first time. It took a lot of mental will to walk to the center, due to a lot of fear of who I thought would see me walk into the space, and I had no chill. I entered the space as an “ally,” but was really entering in as a covert questioning queer, and there were good people at the center who allowed me to borrow some books for a “research project” I was doing. When I returned, I somehow found myself permanently involved with the center. The following months were long and draining but filled with amazing moments shared with close friends, staff confidants, and my growing self.

I now work at Oberlin College as the Assistant Director of the Multicultural Resource Center. This had everything to do with the many people during my time as an undergraduate student who took the time to hear my stories and guide me in overcoming my struggles. So much credit goes to those people who still inspire me to do the work that I am doing now as an advisor. Some of the most amazing times I’ve had as an advisor and administrator are the moments in which I’m able to connect with students and find the joy in finding more people in an ever growing community.